This is a special post from Ben Gwalchmai, a Pervasive Media Studio resident who is currently working toward a PhD at NUI, GALWAY, focusing on using open data to make responsive, augmented reality stories of the city that push the reader-user to protest. In this post, he reflects on a series of questions for digital writing that arose as he spent time with Mr. Robot 1.5, a smartphone-based game/narrative (based on the television show) that weaves common paradigms of contemporary mobile interactions together to produce a narrative.

I’ve finished playing/reading Mr. Robot 1.5 . As soon as the game/fiction was over, my “phone” was wiped by my main handler character “Darlene”; true to the show, once my usefulness to the characters had ended, I was booted from their world. Running in real time, the game took three days to complete; some nights I went to sleep hoping I didn’t get a text in the night and miss an important moment.

The fiction knew its format well — my only interactions came in the form of in-game text messages. In a world of options for a mobile game based around a show about hacking, using a mobile-phone’s interface as the main interaction paradigm was a smart choice. 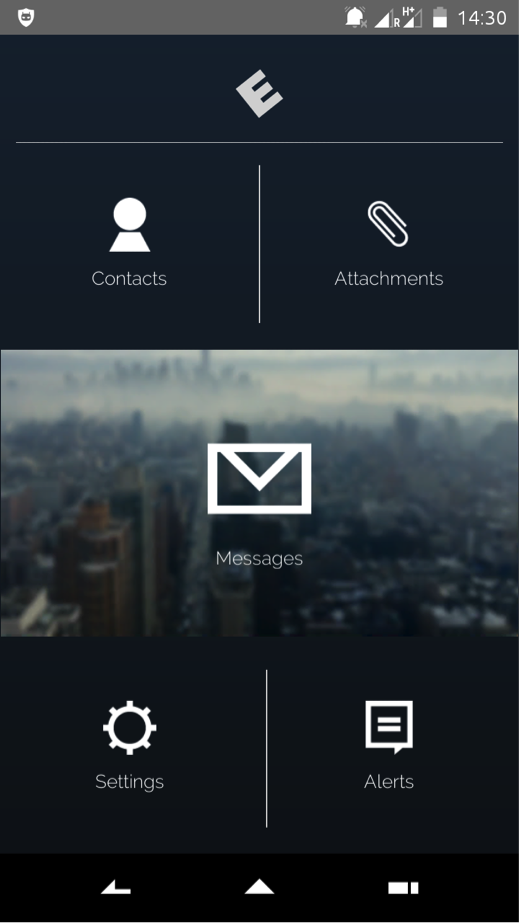 Even as the game placed demands on me for my time and attention, I rarely questioned my input limits because I wanted to see where the story would take me and how far I would go.

This left me with a lot of questions: Is 3 days an ideal length for an ambient fiction? How long does ambient fiction linger in the mind after the desired experience? How does this compare to traditional forms?

To introduce you: the game-narrative is played/read through a series of text messages — the lead-in to the world of the game is that you found a phone, a phone that belonged to Darlene, and it had something important on it that you accidentally deleted. Now she knows you have her phone and you have to be her when anyone contacts you asking for her, doing the social-engineering-hacking things she does, until she can find a way to get the deleted something back. This focus on text alludes to the coding behind hacking but really proves its worth in an ambient literature context, especially when it could be hours or a day between getting important texts you can act on.

What’s the ideal length for an ambient fiction?

The effort involved in Mr. Robot is unlike any other game I’ve ever played — but I’m yet to play/read other ambient-lit-games/interactive-fiction like Lifeline [and its sequels] — because it is intense, infrequent, frustrating yet ephemeral, and only mildly rewarding but ultimately very moreish.

Moreish: one wants to play more of the game but, unlike traditional video games or books, it controls the timing — you can’t pick it up to play when convenient for you; in fact, if you miss something because you’re in the cinema or can’t look at your phone for a few hours it’s possible that you might ruin your chances of completing the narrative. Actually, I doubt it but I did receive frequent texts asking, “Why isn’t this done yet?!?!” This presents a new model to the gamer and the reader:

A marathon instead of a series of sprints, perhaps, but one controlled by an algorithmic god.

For example, I once waited 18 hours to see if an in-game character who I’d been lying to was going to install the thing I needed them to — for that entire time, I was frustrated and wondering if there were other ways I could cajole them into it. This time based frustration produced both an engaging — if occasionally taxing — story and a sense of creative energy: as a player, I was left waiting and wanting to move the story forward, so I was left fighting my patience to even think if there might be the tiniest possibility of something else I can do.

In thinking about writing interactive narratives, this creative energy is something to tap into.

This kind of extended time based tension is also, however, testing – I would have given up on the whole narrative had I been forced to wait 18 hours again. We love — no — we need an ending to every story. If an ambient literature fiction goes on for so long without communication, should it be a rule that we know, in advance, that this fiction will take X number of days to be read/played?

How long does ambient fiction linger in the mind afterward? 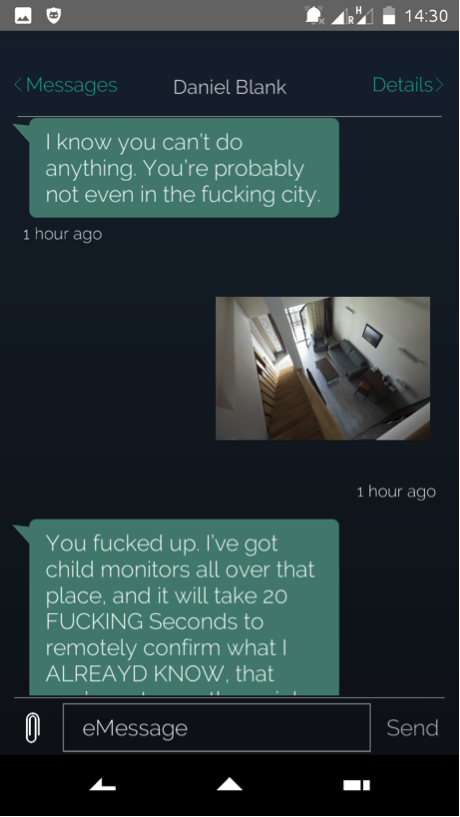 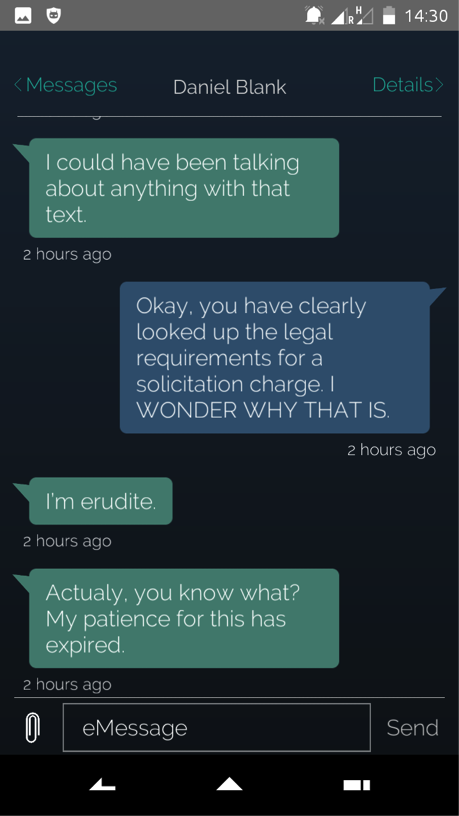 In the case of Mr. Robot, it’s been just as long as a novella but not as long as a book — there are moments that have stayed with me but the exact wording has slipped away. The situation, the feeling of tension when holding a threat over someone, these have stayed with me but not the words. Perhaps it’s this specific fiction — one reliant more on your willingness to affect people rather than on, say, your appreciation of a good feminine ending to a word that turns the masculine line of poetry on its head.

Not all fictions make a run for it in the third act and this one certainly didn’t – I had to wait for 24 hours before I could finish it and then it was a simple case of lying to make a guy feel good for a few texts, sending over a file that appeared after a background operation, then . . . then it was all over.

With some interactive fiction or experiences, you want to play them again and again to find out the different characters and different routes; not this one.

Perhaps the game’s makers think that player/readers wouldn’t stay with it for longer than a few days (they’re obviously not considering literature students who’ve read Dickens) but at the same time, perhaps they feel that our entry into the world they’ve built can only be for that period of time before the lies we tell in the game find us out . . . it suits Mr. Robot, but would it suit another interactive fiction?

How does this compare to traditional forms?

I was recently reminded of my love for the cult-pulp novels written by Malcolm Pryce that start with Aberystwyth, Mon Amour. In them, Pryce takes the tropes of Chandler era detective stories and film noir and supplants them to an Alternate History Wales whereby satirical hilarity at the point of divergence for the reader ensues. Pulp novels are, in many ways, akin to games — they have their known tropes and they engage us by letting us play along to both the maker-authors’ and our enjoyment. Mr. Robot feels very much like a first take on the pulp-novel version of ambient literature playing up to our expectations of the digital — hacking, text-based, foul-mouthed handlers, and revolutionary politics in the hands of the smartass young.

Of course, beyond just pulp novels, there is room for more genres and forms within ambient literature.

What will be the The Corrections of ambient lit? Or the Invisible Cities? The Unfortunates? The Color Purple?

These are all models for what is there to be written, designed, tested, written again, designed again, tested again, and I’ll look forward to the day I can look back on this research note exploring Mr. Robot and see how wrong or right I was.